COVID-19/Coronavirus Update – We are Prepared to Serve You

Thanks for printing!  Don't forget to come back to Meriwether & Tharp, LLC for fresh articles! 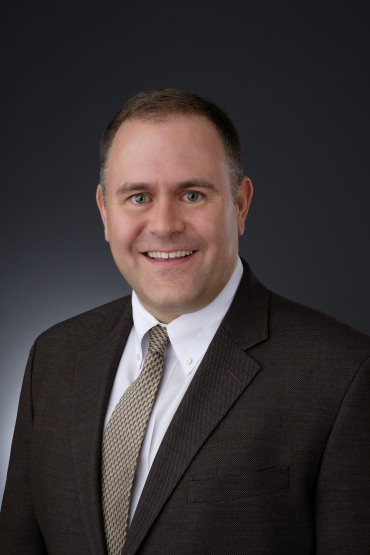 Court of Appeals of the State of Georgia, Member

Seminar - A Systemic Approach to Analyzing a Case and Creating a Resolution Plan, ("Taking a Case from Start to Finish - The Importance of Case Management"), Contributor/Organizer 2016

Seminar - How to Be Productive Like a BOSS - 4 Simple Concepts to Move Your Day from Busy to Productive, 2016

Seminar - The Role of the Paralegal, 2016 ("How Do you Determine Income"; "Child Support Worksheets - Beyond the Basics"; "How to Create a Complete Marital Balance Sheets"; and, "Tops things to review for a DRFA")

Seminar - Essential Elements of the Four Core Areas of Family Law ("What is Income for the Purposes of Calculating Child Support and Alimony"; "Alimony"; and, "Equitable Division"), 2015

Robert L. Tharp is a founding partner of Meriwether & Tharp LLC, who has helped clients through difficult times in Atlanta for over twenty years. He focuses his practice on family law, handling cases involving divorce, child custody, contempt, and modifications.

Mr. Tharp regularly handles estates with large and unique assets, such as a business which can be difficult to value during a divorce proceeding.  Mr. Tharp has completed formal mediation training and utilizes this knowledge to achieve favorable results while amicably trying to resolve matters for his clients.  Although Mr. Tharp strongly believes that parties should try to resolve matters in a collaborative fashion whenever possible, he also willing, when necessary and appropriate, to utilize his extensive debate skills in the courtroom for his client’s advantage.

Over the years, along with the help of his partners, he has developed a system called the “M&T Way” designed to help the ever growing number of members of Meriwether & Tharp’s “Atlanta Divorce Team” create a “wow” experience for its clients.  As he has moved into a managerial role within the company, he continues to help to educate all clients (and potential clients) about the divorce process through the firm’s website, numerous internal white papers, divorce guides and videos.  In addition, he has worked extensively to develop various seminars and training for Meriwether & Tharp in order to help achieve the best results for all of the firm’s clients.

Robert L. Tharp was born on Beale Air Force Base, California.  As a child of a military family, he has lived all across the United States and abroad.  In high school and college, Mr. Tharp started to compete at a national level in high school debate.  In 1993, Mr. Tharp graduated from Emory University with a Bachelor of Arts. He then studied law at Emory University School of Law and received his Juris Doctor in 1996. In addition to the rigors of a law school curriculum, Mr. Tharp remained active within the college and high school debate community by helping to coach Emory University’s college debate program and serving as an assistant debate coach for several local high schools. He was admitted to practice law in the State of Georgia in 1996.

Over the years, Mr. Tharp has been a speaker on various topics to numerous legal groups.  From Emory law students to internal seminars to ICLE and other state bar events, he has spoken on various topics including: how to start a law practice, what is income, child support, child custody, alimony, equitable division, case management, productivity, mediation, how to create a resolution focused approach to cases, and even moderated a judge’s panel discussion about family law.

In addition to his work creating thousands of pages of content for mtlawoffice.com, Mr. Tharp has helped to develop six divorce guides helping to explain the divorce process.  In addition, he has also helped to develop six web videos explaining the divorce process – one of which won multiple awards from Hermes Creative Awards.  Internally, he has helped to develop an extensive training web site for Meriwether & Tharp covering all aspects of practicing divorce law including: intakes; case strategy development; case management; client communications; discovery and pleading preparation; mediation and alternative dispute resolution training; and trial preparation as well as Meriwether & Tharp’s internal treatise of Georgia Divorce Law.

Mr. Tharp has been selected by SuperLawyers multiple years, received a client distinction award from LexisNexis, and awarded 10 Best in Client Satisfaction from the American Institute of Family Law Attorneys.  In addition to legal awards, he has received over twenty website awards from Hermes, MarCom, Web Awards, Omni, W3, Muse, and Communicator for his work creating and developing www.mtlawoffice.com.

Civic involvement is important to Mr. Tharp. He has been involved with various debate projects including extensive involvement in the formative years of the Atlanta Urban Debate League. For his efforts in this area, Emory University presented Mr. Tharp with the Warren Akin Outstanding Alumni Contribution award.  In addition, since 2008, Mr. Tharp has donated his time on the board for his homeowners association and, on several occasions, has served as a mentor for the State Bar of Georgia’s Transition into Law Practice Program.

We can help with all your questions...